We enlisted the talents of Joe Immen to create a logo for our traverse. Naming the traverse "Arctic Circle Traverse" continues a tradition begun in 2004 by Joe McConnell who similar to this traverse begun a traverse at Camp Raven (next to DYE-2). Naming ground traverses near the Arctic Circle ACT traverses became a tradition in 2010 when two more years of traverse were made. This traverse in year 2013 continues the tradition.

Here is a sketch that emerged after two iterations. 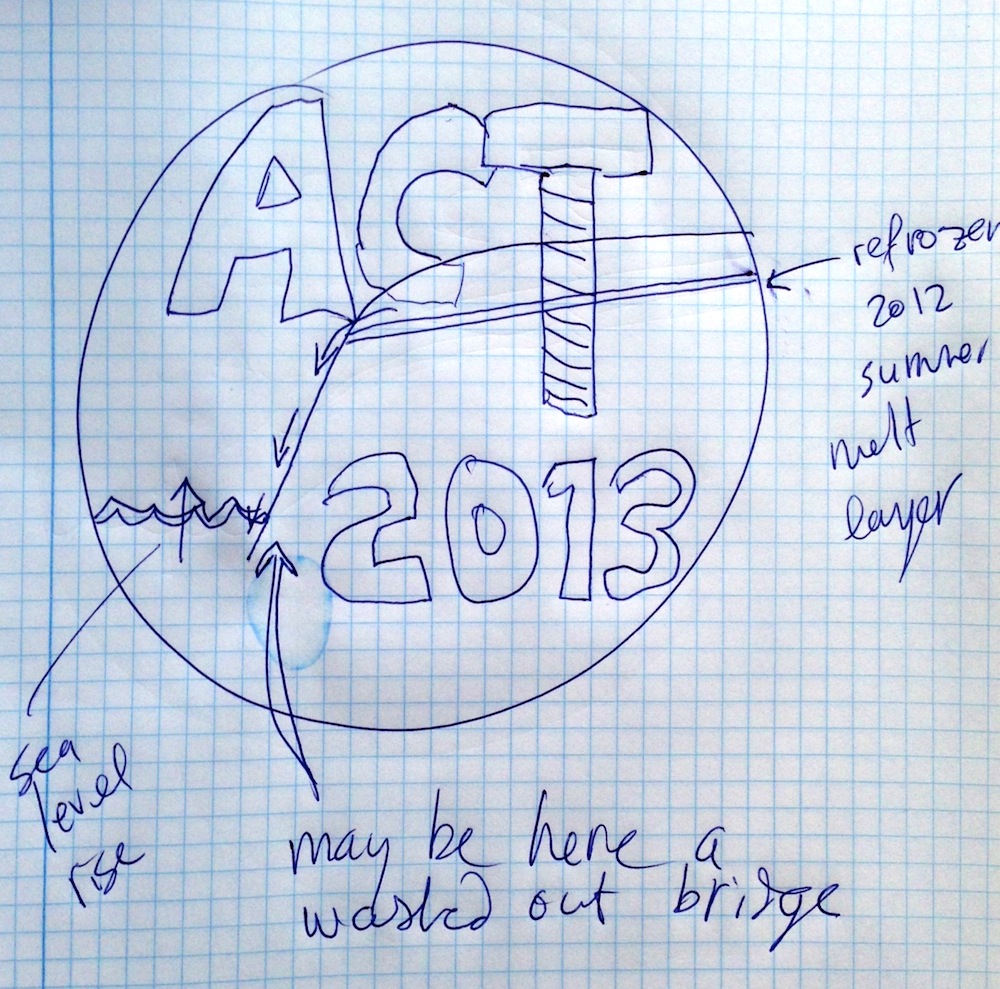 Here's some color added to the black and white logo that Joe provided.

The right arrow indicates melt water flow on top of an internal ice layer in the snow. An objective of this campaign is to measure the thickness and other properties of the 2012 and earlier melt layers.