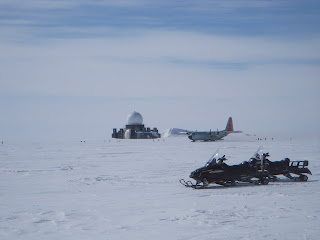 -Hey Dirk, have you ever been here before?
-Nope. First time to Dye-2 (die too).
Laughter followed within seconds, after realizing Dirk’s intended pun describing our situation the first evening we landed on the ice sheet. Around us, the most hostile conditions of the past decade with strong winds and extreme cold that made our whiskey give up its liquid form and turn into bottled ice cubes. In front of us, the bizarre view of a golf-ball-like structure that deformed the dusk horizon like we have never seen before while on the ice. Inside us, the subtle warmth of the cigarette smoke accompanying the modest satisfaction of our recently consumed dinner that was swallowed fast enough to provide us with at least a faint taste of normality rapidly giving way to the life on the field. Our night ended a bit afterwards with the whole group nesting in our tends and sleeping bags, trying to regain some strength with some uncomfortable sleep that would allow us to traverse in the morning to KAN_U and set up the first camp of our planned fieldwork.
The next morning, everything went according to plan with us successfully migrating from Dye-2 to our home for the next two weeks, while giving a few last hasty stares to this magnificent piece of polar history. Our two weeks at KAN_U passed relatively fast with ups and downs in our work progress tightly correlated to the weather conditions of every given day. Drilling and sampling cores, maintaining our weather stations and instrumentation went very well, considering that we spent few days in the mess tent, forced to postpone the planned activities for the following days. During those days in the tent, passing the time included large doses of Jelly Bellies and Swiss Misses, Pringles and Stacy’s Chips with the peak of the day being Liam’s dinner and the subsequent hard liquor consumption to end the day. Lively Uno rounds were filling in along with siestas and vivid conversations with a lot of inappropriate jokes. Somewhere squeezed in between, where Liam’s descriptions of his impressions of Dye-2. Been the only one of our group who had been inside the abruptly abandoned radar station of the cold war period, he talked about weird staircase constructions, books and burned classified documents and unfinished meals standing on the tables due to the immediate evacuation in August 1989. Our plan to relocate to Camp 2 along the K-transect was abandoned due to the time pressure that was forced upon us from the frequent snow storms. The decision to move camp back to Dye-2 three days prior to our departure and perform the work there first, lit up my will to enter the building before leaving the ice and see for myself all the things Liam was talking about.
Sunday the 5th we spent on Dye-2. It was a day of great work when Dirk and I drilled out two 16 m cores. A well-deserved Musk Ox stew was waiting for us for dinner to celebrate the two newly arrived members of our group (Alex and Karen) and our departure from the ice the following day. Being Greek, I also called my parents to inform them that I will get my wine and meat and celebrate somewhat the Orthodox Easter Sunday with my ice mates. After devouring the delicacies that Liam laid before us at around 21:00, the only thing I could think and say was: “Let’s go to Dye-2. Last chance to do it, let’s just go in there. We need some culture Liam, you promiced me.”. Gladly, all the guys from the group were also up for it and Liam, being the experienced, took it upon him to be our guide through this experience. Fast ski-dooing brought us close to the huge snow drift that has built up around Dye-2 over the past 24 years. Excitement was apparent in all of our faces. Sliding down the slope of the snow barrier, we found ourselves under the building and towards the ladder of the entrance. Flashlights were switched on and the adventure began! 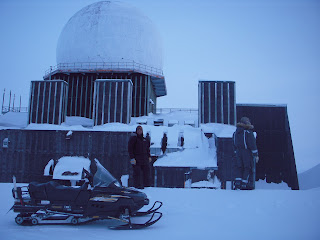 A few snow-blown corridors and halls of the first floor were rapidly left behind and we found ourselves in the second floor. Exactly as described, workshop shelves and storage rooms with all sorts of equipment from huge gas pipes to small outdated electronics were there to be found. The bar of the once active facility, still accommodated its pool table and the huge world map behind it. Empty bottles of whiskey with unknown labels to us were left empty on the bar probably by skiers passing by throughout the past two decades. 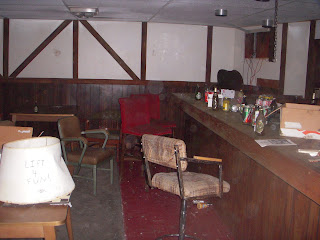 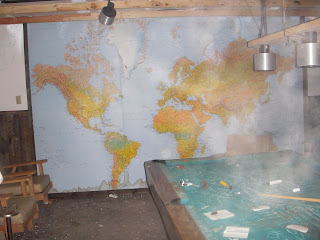 A small conference room for talks and briefings came afterwards and somewhat later we found the room with the huge power generators, the heart of this once alive organism. Rooms for the personnel, suddenly evacuated with only beds, mattresses, desks and chairs left inside. 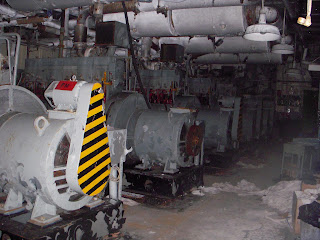 Random private stuff left behind, lightbulbs, ashrays, sometimes even personal letters left behind during the hasty exit. Some broken windows let the Greenland weather in, filling up some rooms almost entirely with snow. 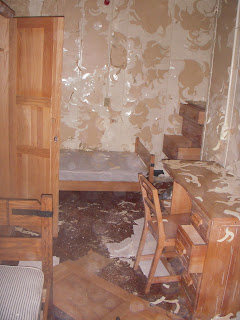 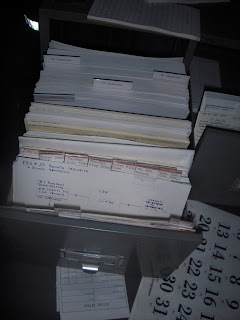 Documents of low importance still stacked inside their huge drawers located next to the radiation-shielded room for the telecommunications and monthly calendars of past seasons randomly flown on the floor. Still standing, we found in the reading room the book shelves holding part of the literature – English and Danish – that the facility included during the end. Also, magazines with old news and articles were scattered on the floor, result probably of ungrateful tourists that took shelter within the walls of Dye-2. 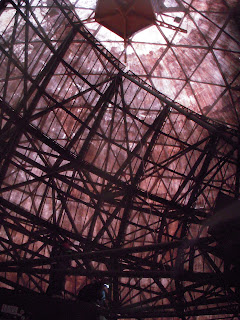 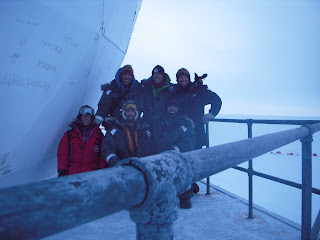 Making our way to the top, we found ourselves in the huge radar dome. Incredible acoustics echoed our voices in a ghostly way and Dirk’s dance steps were amplified into an army of crazy dancers. Names scratched by visitors on the shell of the radar and the dates of their visits gave the room a sense of importance and achievement in the people’s lives that have found themselves there. On the outside of the door, in the perimeter we saw our little camp in about 1 km distance and in between the runway that was separating us from Dye-2 all along. Pictures with great poses were taken and “glorious cigarettes” were lit next to our “glad og tilfreds” faces. 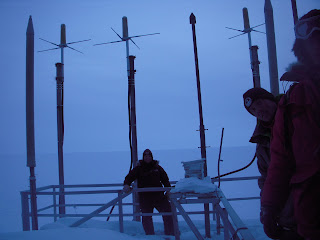 Our way down, brought us to the lower exterior levels where several meteorological sensors were still standing. Several boxed food supplies were still lying there unopened along with Coke cans and frozen Carlsberg beers. Before exiting the building, we found the secretary’s room and browsed through the visitors' log book. To our surprise, after turning a couple of pages, we found a familiar name on there: Jason E. Box, USA, 10 May 2003. We thought it would be nice to write also our names there as representatives of the ACT-13. 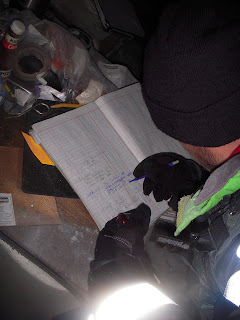 All the time I was there I was looking for a souvenir, something small possibly like a screw from the workshop or a small piece of document, something that wouldn't alter much this polar relic. The best souvenir possible came to me in the secretary’s room, right there before exiting: A Stanley flask from a careless cross-country skier full of cognac, nicely aged through freezing Greenlandic winters, right at the time when mine just run out. Gladly consumed at KISS these past few days.
Posted by Unknown at 2:40 PM